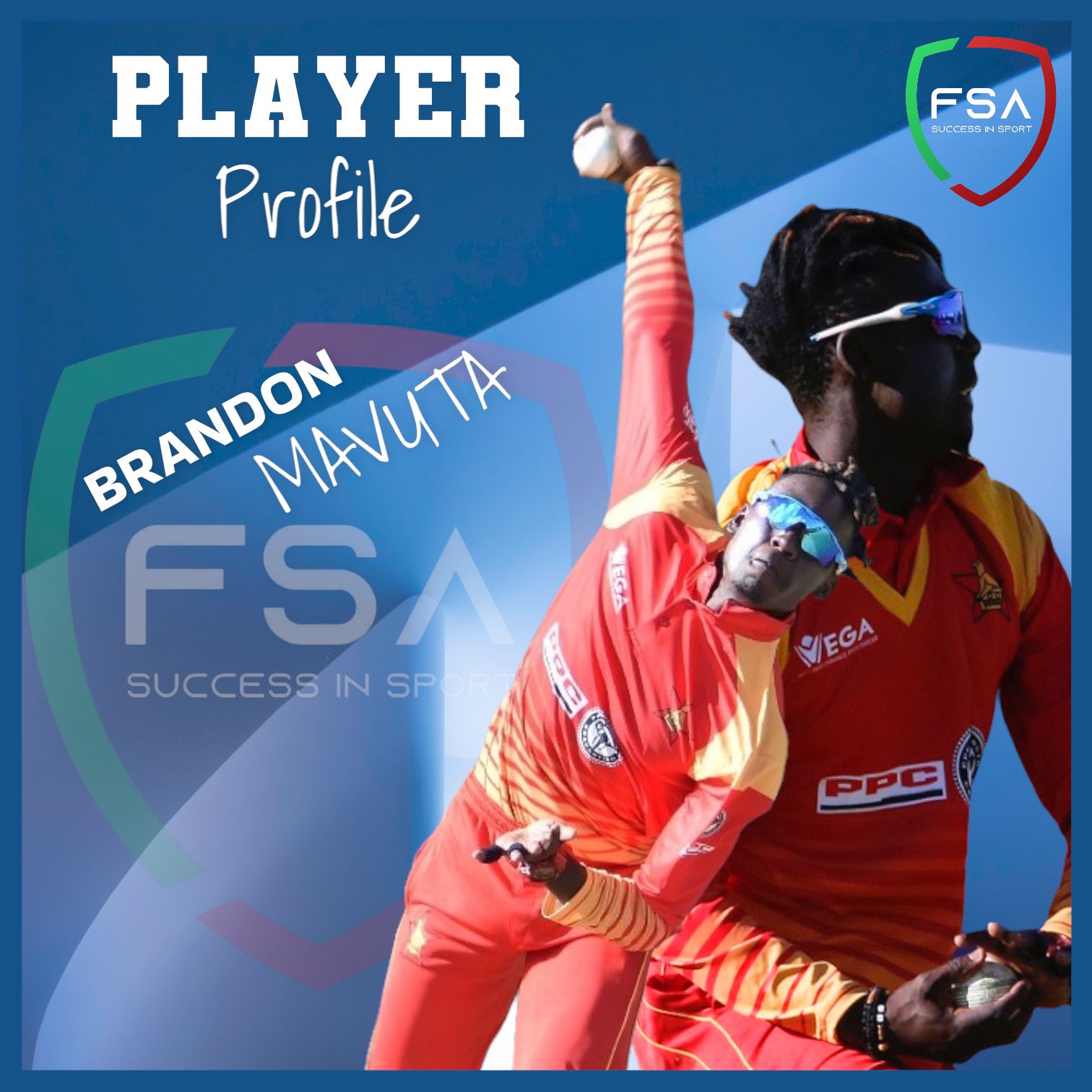 Zimbabwe international leg-spinner Brandon Mavuta graduated to the national side in 2018 having previously appeared at U19 level and the national academy programme. He made his full international T20 debut against Australia in July 2018, followed by ODI and test debuts later in the same year.

A graduate of the successful Rising Stars Academy, which toured England in 2017, he has also played club cricket in the UK.

In September 2018 he made his first appearance in franchise t20 cricket, after being selected by Durban Heat in South Africa’s Mzansi Super League.